Hello…
Is it me you are looking for? I can see it in your eyes, I can see it in your
smiles its you I ever wanted, I love you. Permit me to step into your soul and
use my arrow to draw out your love bar this moment because singles got to
mingle.
Valentine
is not just a day… a unique kind of day for singles and married to re-mingled.
I’m going to quickly highlight the best romantic movies to watch on Valentines
day. 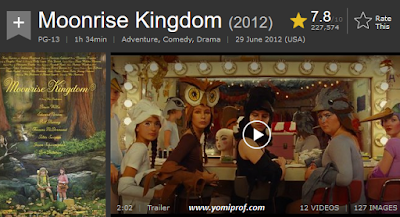 >>Forgetting
Sarah Marshal: This movie is for those who have recently gone through a recent break
up or your boyfriend went into hide and seek and never to return again until
further notice. Forgetting Sarah Marshall is the choice for
you. Written by Jason Segel  and stars in this hilarious, painfully honest
comedy about man just trying to get over his ex, only to find that the Hawaiian
getaway resort he’s chosen is also occupied by his former significant other.

This
movie simply remind you that love hurts, but the end of a relationship is
simply the beginning of a new opportunity. See
the trailer below

>>Four
Wedding and a Funeral: Four Weddings and a Funeral, directed by
Mike Newell, will undoubtedly make your Val day super special.
The film follows the fortunes of Charles and his friends as they wonder if they
will ever find true love and marry. Charles thinks he’s found “Miss
Right” in Carrie, an American. This British subtle comedy revolves around
Charlie, his friends and the four weddings and one funeral which they attend.

See
the trailer below;


>>Brooklyn:
An Irish immigrant lands in 1950s Brooklyn, where she quickly falls into a
romance with a local. When her past catches up with her, however, she must
choose between two countries and the lives that exist within.
See
the trailer below

>>Love
and Basketball: In 1981 in L.A., Monica moves in next door to Quincy. They’re
11, and both want to play in the NBA, just like Quincy’s dad. Their love-hate
relationship lasts into high school, with Monica’s edge and Quincy’s top-dog
attitude separating them, except when Quincy’s parents argue and he climbs
through Monica’s window to sleep on the floor. As high school ends, they come
together as a couple, but within a year, with both of them playing ball at USC,
Quincy’s relationship with his father takes an ugly turn, and it leads to a
break up with Monica. Some years later, their pro careers at a crossroads, they
meet again. It’s time for a final game of one-on-one with high stakes.

See
the trailer below

>>Moonrise
Kingdom: Set on an island off the coast of New England in the 1960s, as a young
boy and girl fall in love they are moved to run away together. Various factions
of the town mobilize to search for them and the town is turned upside down —
which might not be such a bad thing.

See
the trailer below

I guess you know where to download them? Happy Valentine people.