Weekend is here, and here are cool movies that will keep you glued to your screens or TV set. No bored moments at all.

We’ve compiled the best movies to watch this weekend and we hope you’ll find them interesting.

Ryan Reynolds stars as a tech billionaire who fakes his death to take down the biggest villains in the world. As the title suggests, Reynolds’ character then recruits five untraceable and pronounced-dead underground agents to help him.

Download it  here  or from Netflix Mod app here

An idealistic cop joins an underground police unit and battles ghoulish forces threatening the balance between the human and the supernatural realms.

Jack Whitehall: Christmas With My Father

Daniel Isn’t Real is a 2019 Psychological horror film… A troubled college freshman resurrects his imaginary friend to help him cope with a violent trauma.

Mortal Engines is a post-apocalyptic adventure film. A man and a woman come together in a bid to save the world from the expedient measures taken by countries to survive in a… 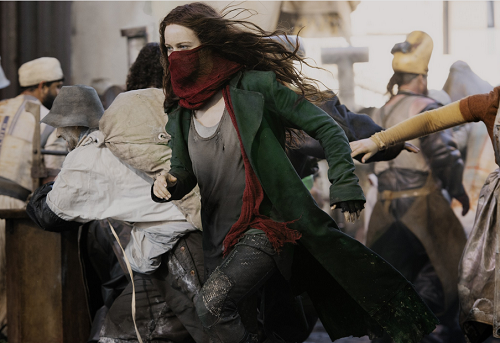 Mob town is a 2019 action movie… The FBI and a local cop track various members of organized crime families as they gather for a huge meeting in upstate New York in 1957.

3 thoughts on “6 Cool Movies to Watch This Weekend”