Just less than 24 hours for the year 2019 to go under the carpet… Smartphone makers promise to make your 2020 eventful. According to the insider’s report, Infinix is getting ready to launch its first-ever pop-up selfie camera smartphone in 2020. 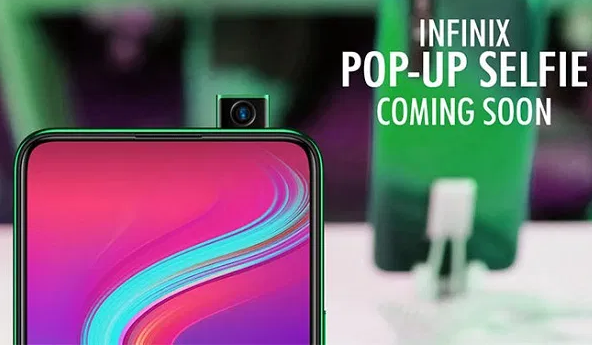 The smartphone will be powered by a MediaTek processor and in all probability, the company will introduce a new series with this upcoming smartphone. The upcoming series will be dedicated to delivering enhanced selfie experience.

Rumor mongers are saying that this first Infinix smartphone with a pop-up camera will be the Infinix S5 Pro or Infinix S6.

We expect more updates about the upcoming pop-up camera smartphone from Infinix to roll in in the coming year.