itel, a Transsion owned company, has launched its first smartphone of 2020 on Monday dubbed itel A25. “A25” smartphone comes with features like HD display, Google Lens and face unlock. It’s a budget smartphone with HD display, Android Go Edition operating system, and more.

itel A25 sports a 5.0-inch IPS HD display with a resolution of 1280 x 720 pixels, is powered by a 1.4Ghz quad-core processor of an unknown chipset maker and is paired with 1GB RAM with 16GB of internal storage. 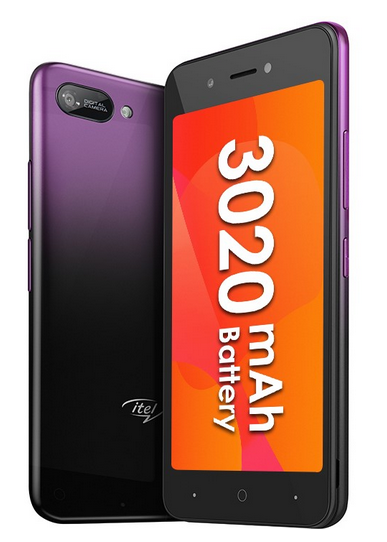 It sports a gradient back, supports face unlock, multi-language, and 4G VoLTE/ViLTE.

Looking at the cameras, it sports a single 5MP rear camera with an LED flash and a 2MP front camera with flash as well. It runs on Android 9 Pie (Go Edition) and it packs a 3020mAh battery.

Highlight Specification of itel A25