Skip to content
Blackberry has launched its first touchscreen-only Android handset, in a bid to diversify its range of devices. Being touted as the world’s most secure Android smartphone.

It features a 5.2-inch scratch resistant display, Android 6.0 Marshmallow, a convenience key which you can map to your favorite app and much more.  BlackBerry has hardened the OS on the DTEK50, added a secure boot process and much more to ensure that it is the most secure it can be. 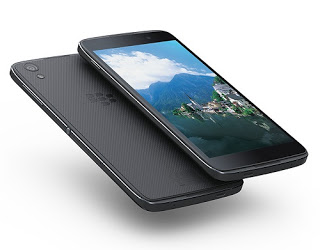 The company says its Dtek50 smartphone offers improved security over rival Android devices, and will cost less than its previous handset Priv.

Watch the official demo video of the New Blackberry Device

It is the firm’s second Android handset after switching focus away from its struggling BB10 platform.

Main Specifications
You can pre-order it from shopblackberry.com for $299.