Skip to content
Despite the facts that blackberry promised to quit producing
smartphones on blackberry OS, they’ve been busy underground working on its new
blackberry phones in which leaks and whispers of it has been hitting the
headlines in the past few months.
According to GFXBench
database, the Hamburg  will feature a
Full-HD 5.2-Inch display at 1920 x 1080. Powered by the Snapdragon 615 chip,
which includes the octa-core 1.5 GHz processor and Adreno 405 GPU.  12MP rear camera while the front facing
shooter shows a respectable 7MP (Likely 8MP). Additionally, GFXBench shows 3GB
of RAM and 16GB storage when accounting for RAM in use at the time and OS
storage. 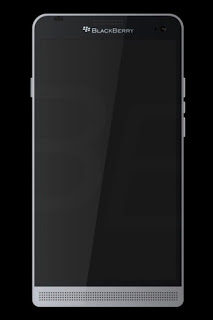 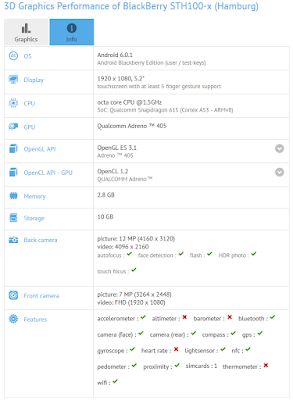 Atleast from the image above, it shows that this is indeed a
mid-ranged smartphones. Will you as a person, who have used blackberry before
consider going for this newest blackberry device when its launched?
Source