Skip to content
Blackberry fans, It’s high time you begin kissing your
blackberry OS 10 good bye because I don’t think Blackberry is going to produce a
device on Blackberry OS again after launching their first Android device BlackberryPriv.
Another images surface yesterday from Crackberry that
Blackberry is preparing to release their second Android device code name “Vienna”.
Vienna ditches the Priv’s slider in favor of the iconic BlackBerry layout, with
a front-facing physical keyboard that is always present. The keyboard looks to
be of the same size and design as that of the Priv’s, but it’s hard to tell
simply based off of the renders alone. 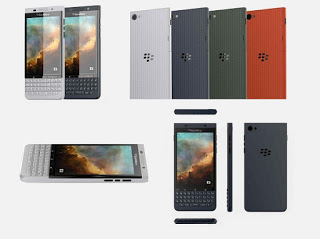 I think this key feature are present in Blackberry
Android which is the physical keyboard knowing fully well that other Android
devices don’t always carry a physical keyboard. This is unique!
Though, no spec yet just the rumoured pictured.
Blackberry users, when are you going to port finally to
Blackberry Android?
Via Crackberry