Skip to content
Right from the very first day I started toggling around with
android devices, I can boldly say I’d never witness any Android devices that
gives people much trouble like the Android One Infinix Hot 2. Every hour people
always have one complain or the other about Infinix Hot 2, but  my own
version of Infinix Hot2, I didn’t experience any of such other than the file manager
not present in which ES Explorer was able to fix.
I personally created a solution thread for this device for
people who are having challenges with it but to my amazement, almost all the
people that bought the phone are having issue with this version of infinix hot2
ranging from excessive battery drain without usage, hanging and if possible the
phone might even seek your permission to commit murder. 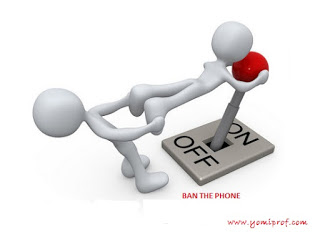 As at a day before yesterday, an update was release to
tackle only the File manager not present in the device meaning without ES
Explorer, you will see your file manager with this new update but a lot are
still finding it difficult to update just this common system update.
The question is, can we now say the Android One Project in
Nigeria is a total waste and failure? I agree that the device is cheap but
the problem this cheap Infinix Hot2 carry is too much sin for people to bear;
hence, they need a savior to deliver them from this burden of Infinix Hot2
issue.
Now, Infinix is considering releasing another Infinix hot2
with larger battery capacity but the question is will it tackle other hot 2
problems? Didn’t Jumia test the Infinix Hot 2 before they started selling it to the people?
To all those who bought the Infinix hot 2 and are having
problem with this device, do you think NCC should check mate this device and
scrap it out of Nigerian market? Have you enjoy the value of your money after
buying this device?
Don’t just seat and read, I need your opinions via comment on
this matter for the whole world to see.

18 thoughts on “Do You Think Android One (Infinix Hot2) is a Complete Failure in Nig, And Should be Ban?”