Guys Infinixis set to unleash the
hidden dragon they call the Big Bang… in the word of the Dictionary Pst, it’s a
hand watering device. Though its as not been announce but a reliable insider
unleash this and guess what, It is cheap, long lasting with 4000 mAh battery life. It is called Infinix HotNote.

If you’ve been using a Tab
before, I think this is different and cheaper. See the spec and pics below 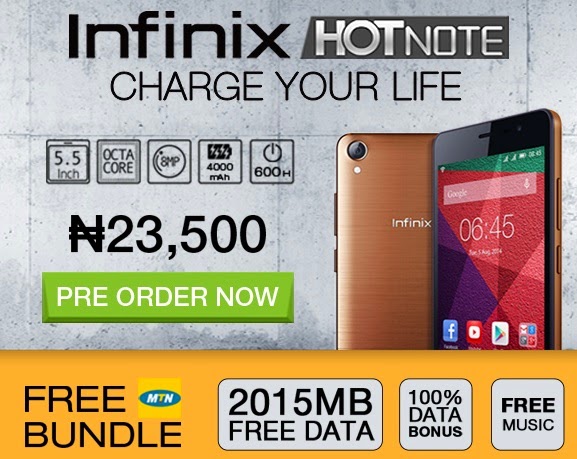 Are you still waiting for the big
bang?

22 thoughts on “Infinix Unleash The Big Bang Infinix HotNote – Will You Pre-Order it?”