Skip to content
This China device is actually making me go “gaga”
and “maga”. So this ugly military looking Android rugged device is actually
rendering some other devices epileptic. It can last you weeks with or
without battery inside. In other words, even when the battery is removed, the
device will keep working. I know you are already wondering how? 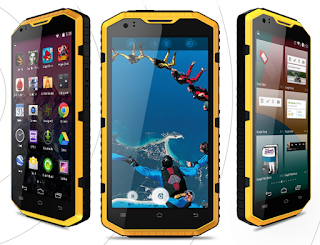 The china based company has built a
backup battery inside the device, which allows the phone to run even after the inbuilt
(primary) battery is removed completely from the device or it has completely
run out of battery.

It is actually ugly but dogged and
rugged! It will be launch soonest. Will you go for this device despite the fact
that its memory capacity is small?
You can watch the video review of this device below

9 thoughts on “No.1 X6800 Android Device Can Last Weeks Without Battery Inside – Will You Rock it?”