Skip to content
This must be a success story for Tecno Mobile after
launching Phantom 6 Plus in Dubai late last year… they’ve extended their border to India with
5 new i devices that may never smell the shores of Africa as its specifically
made for the Indian market. 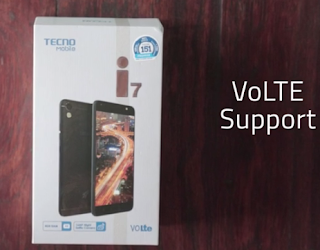 According to Tecno Mobile, the new i devices
code named Tecno i3, i3 Pro, Tecno i5 and i5 Pro, Tecno i7 are specifically made
for the Indian market. The biggest highlight of the Tecno i7 is its
16-megapixel front camera which is being marketed as “night selfie
camera.” The front camera comes with screen flash as well as front LED
flash. The i7 also sports a 13-megapixel rear camera with quad-LED flash. 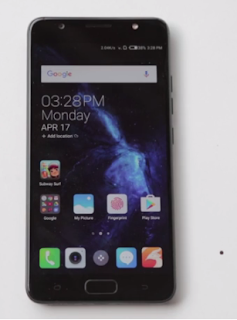 The Tecno i7 features a metallic build, and
also comes with a fingerprint scanner at the front embedded in the home button.
It features a 5.5-inch full-HD (1080×1920 pixels) IPS display. The dual-SIM
smartphone runs the company’s own HiOS, based on Android 7.0 Nougat. It is
powered by 1.5GHz octa-core processor coupled with 4GB RAM. The Tecno i7 packs
32GB of inbuilt storage that’s expandable via microSD card.
Another highlight of the Tecno i7 is its
4000mAh battery with Rocket Charging. Connectivity options include 4G VoLTE
support. 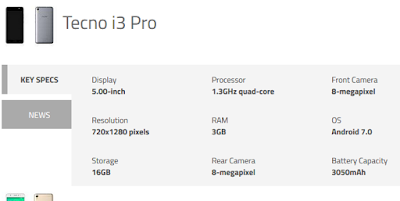