WhatsApp has introduced three new features which we think users will love this season. The Facebook-owned app is the most popular messaging service in the world and treats its users to a steady stream of updates.

But there are a trio of new functions which are likely to prove very popular.

The first is a clever ‘reminders’ feature which lets you ask it to give you a little prod at important moments.

Last week Any.do – the popular reminders app with over 10 million downloads on Android alone – announced it was partnering with WhatsApp to allow users to create and receive reminders within the chatting client. 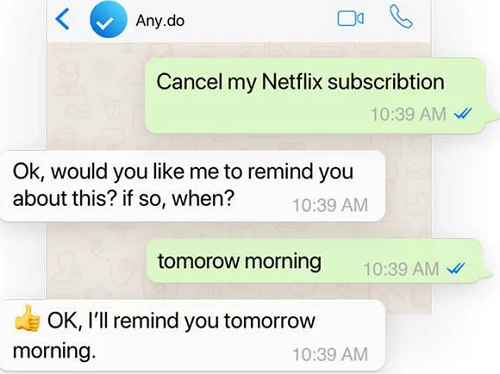 Unfortunately, this feature isn’t free. You’ll need to have a premium account that costs $5.99 per month (Any.do charges in dollars no matter what your region).

It wrote: ‘So many conversations, so little time to follow up. WhatsApp is one of the most popular tools to stay in touch with your friends, colleagues and family on the daily. Often times, these conversations include items which require further attention.

However, with no designated place to collect all action items from your conversations, it can be hard to keep track! ‘Introducing Any.do’s WhatsApp Reminders Premium integration (available for Premium users only).

Be reminded as soon as tasks are due, straight through WhatsApp. It’s easy, simple and effective.’ And that’s not all.

WhatsApp has also introduced a ‘call waiting’ feature which allows you to put people on hold whilst you answer another call.

It also introduced a new privacy upgrade which will stop you being pulled into group chats you don’t want to be a part of and control who can send you invitations. 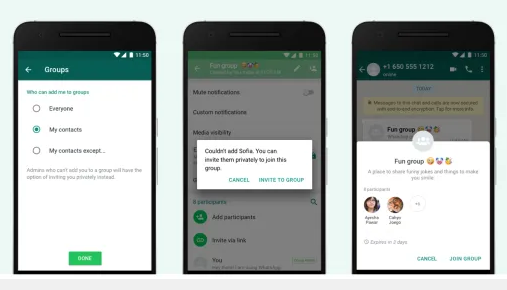 Open up settings and scroll to ‘account’, followed by ‘privacy’ and then ‘groups’. You will be able to choose who’s allowed to add you to groups, with three options available.

Selecting ‘Everyone’ and you’re wide open whilst choosing ‘My contacts’ means only friends will be able to add you. The early version of the update allowed you to also choose ‘nobody’, which locked your account down entirely.

This has now been replaced by ‘My Contacts Except’, which will let you allow only certain contacts to add you to a group.

Let us know what you think in a comment about the new features.