Skip to content
Is Microsoft now submitting so low to the almighty Android?
I want to believe that this will be so difficult for them but they seems to be
left with no choice other than move with the trend. I know  there are still some addicted window users in
and around the world and this sound like a kind of good news to them even
though some of them are not happy that Microsoft is stooping so low to Android “the
god of OS”. 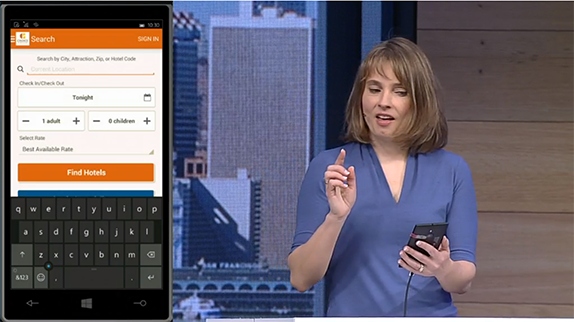 Microsoft just announced that Window 10 will now support Android and iOS apps installation on Mobile in the on going Build 2015 conference. Not
just that but King’s Candy Crush Saga was shown as an
example of an iOS game ported to Windows Phone without many modifications.
In addition to this, you can now kiss goodbye that old
ancient, primitive browser called Internet Explorer and Microsoft unveil a new
browser to replace ie called Microsoft Edge. Even God Knows I hate internet
explorer with intence hatred. I haven’t test run on it but I know it is far
better than Internet Explorer.
In other words, Android apps and iOS app will be able to run
on Window 10 mobiles… Is this a step up or a stoop low?