Skip to content
This
is weird and crazy at the same time. Why will 2.6Million subscribers dump MTN
Nigeria? That is too much a loss to bear. Could it be because MTN BBLITED was
blocked? Why will 52,251 subscribers dump Etisalat? Something must be
absolutely wrong somewhere.

According to a recent report released by NCC, It said that the number of
subscribers that browsed the internet in January was put at 95.94 million; but
reduced to 93.75 million in the month of February.

The data revealed those internet users on both the Global System for Mobile
communications (GSM) and the Code Division Multiple Access (CDMA) networks
reduced by 2,194,162 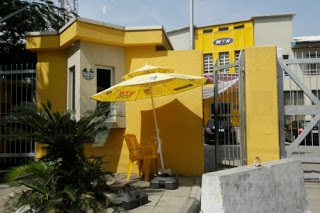 Of the 93.6 million internet users on the GSM networks in the month under
review, MTN Nigeria had 35.6 million customers browsing the internet on its
network.

MTN had a decrease of 2.6 million internet subscribers in February, after it
recorded 38.21 million users in the month of January.

Globacom had 25.68 million customers surfing the net in February, as the
number increased by 248,593 from the January’s record of 25.43 million.

Airtel Nigeria, had 17 million internet users in the month of February, as
against 16.85 million customers recorded in January.

It said that Internet users on the Airtel Nigeria network increased by
224,037 in February.

Etisalat had 15.23 million internet users in February, against the 15.28 million
in January, hence, reducing by 52,251 in the month under review.

Were you part of those that dump MTN & Etisalat? But why?