Skip to content
Infinix Hot S is the next big thing that is about to happen
to Africa. As we all know, news about this upcoming device has been scaling
heights all over the net coming with Finger print scanner.
If you don’t know, Infinix Hot S will be the first Infinix
smartphone to feature finger print scanner and VR technology.
Infinix want to give you something different this time and
big because they know you love it when new devices are absolutely classic.
Here are what I’ve been able to gather so far regarding
Infinix Hot S upcoming device.
The body of the device will be  fully metal  and it will feature a 5.2″ full HD screen. 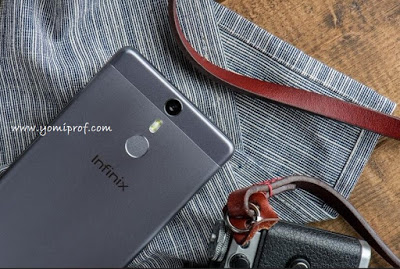 The device will come with 13MP back camera and 8MP front camera
with both cameras featuring LED flash. The back camera will feature double LED.
Infinix Hot S will come pre-loaded with the latest Android version
Android 6.0 Marshmallow (Hopefully might be among the first to experience Android7.0 when its fully unleash)

It will be powered by MediaTek Helio P10 octa-core 64
bit processor clocking at a speed of either 1.5GHz or 1.8GHz, with Mali-T860
GPU.
Infinix Hot S X521 Main Specs
·
5.2 inches full HD display
·
Fingerprint scanner
·
424 Pixels Per Inch
·
Android 6.0 Marshmallow
·
MTK6753 processor
·
2GB/3GB RAM
·
16GB/32GB internal storage
·
13MP primary camera with double LED
flash
·
8MP secondary camera with LED flash
·
3000mAh battery capacity.
Launch date and price has not been officially announced but
rumors have that that the device will sell for around $180 for the 2GB/16GB
version and $200 for the 3GB/32GB version.
What is your opinion on this upcoming device?