Skip to content
ASUS
is set to release three new devices belonging to the Zenfone 3 series: the
Zenfone 3, Zenfone 3 Deluxe and Zenfone 3 Ultra. The three phones are expected
to arrive in Asia on July 12.
The
specifications of each device have already been revealed. The base model, the
Asus Zenfone 3, runs on a Snapdragon 625 chipset, while the Ultra edition
runs on a Snapdragon 652 processor.

The former has a small screen
size measured at 5.5 inches. On the other hand, the Ultra edition has a much
larger display measured at 6.8 inches.

Under
the hood, the Asus Zenfone 3 comes with an internal memory of 32GB and a RAM
of 3GB. There is also a 64 GB variant, which is assumed to be priced higher
compared to the 32 GB variant, which will have a price tag of $249.
Zenfone
3 Ultra, comes with 4GB of RAM and a 64GB internal storage, which is
expandable to up to 200GB via a microSD card slot. Back camera 23.0MP + front camera 8.0MPWhen
compared to the Deluxe variant, the Ultra costs lesser ($479), although it has
a bigger display size, since it runs on a less powerful chipset. 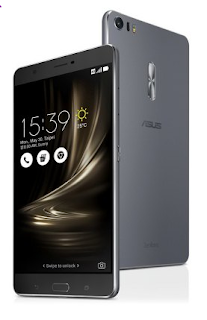 The
Zenfone 3 Deluxe has the most powerful processor of the three variants, using a
Snapdragon 821 chipset coupled with 6 GB of RAM. Display screen of 5.7 inches with 23MP rear camera. 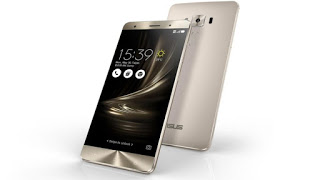 It will amaze you to know that
Zenfone 3 Deluxe is the world first smartphone to have an all metal, unibody with
invisible antenna.
It
will be priced at $499.
See
other cheap Azus Zenfones with 4GB Ram+16GB Rom with incredible spec here