Skip to content
I don’t need to tell you that malaria is one of the most
deadliest disease in the world, despite the fact that it is curable and
preventable, World Health Organization (WHO) in 2015 estimated that 438,000
people died from malaria mainly in sub-Saharan Africa.
But John Lewandowski, a 26-year-old PhD student in
mechanical engineering at MIT made a mechanical device called RAM (Rapid
Assessment of Malaria) that can diagnose malaria from a drop of blood in five
seconds. 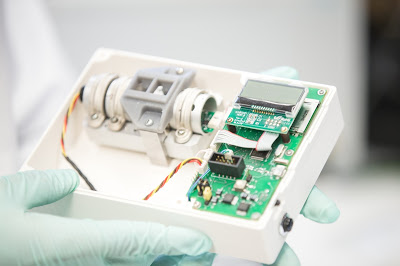 With a single drop of blood, Lewandowski’s RAM device
can accurately detect the presence of malaria using Magneto-Optical Detection
as early as a week before symptoms even present themselves. Like a
pregnancy test, the RAM analyzes the sample and returns either a positive or
negative response. 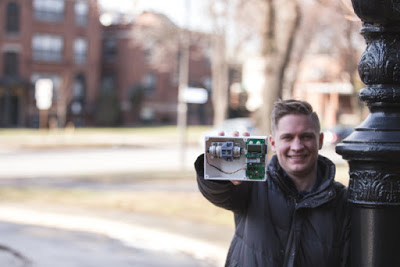 Beyond the outer box and LCD display, the RAM consists
mainly of a circuit board, a laser, some magnets and an SD card reader.
A recent filed test in India yielded results that were
accurate 93% to 97% of the time, and the company will launch a new field
trial this summer in Nigeria that hopes will test as many as 5,000
patients.
This is a good development, coming to Nigeria.