Skip to content
Even though we are yet to see any Nokia
smartphones powered by Android, they are already making waves everywhere. Nokia
recently filed multiple lawsuits against Apple on grounds of
infringement of 32 of their patents by Apple. 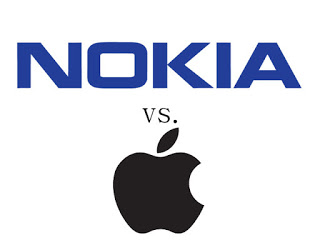 The
Nokia lawsuit lists infringement by virtually every version of iPhone,
including the latest iPhone 7 down to iPhone 3GS. The iPad Pro and
every version of iPad Air and iPad Mini, as well as the Apple Watch, AppleTV, and services like Find My iPhone and Find my iPad were also listed to have
infringed on Nokia’s patent rights. Even the acclaimed Apple Siri featured in
iOS 10 is said to have infringed on a patent it acquired from Alcatel-Lucent.
Though
this is not the first time Nokia will file a lawsuit against Apple; Back in
2009, Nokia sued Apple claiming that the tech titan had infringed on 10 of its
patents dating back to the launch of the very first Apple iPhone in June of
2007.
From
the look of things, this is going to be a long legal battles between both
companies but I’m sure it won’t delay the release of the anticipated Nokia smartphones powered by Android.
Source

10 thoughts on “Can You Imagine… Nokia Sues Apple For Infrigement”