Skip to content
It’s no longer news that economy downtime is hitting the
country and businesses hard with a deadly blow, telecom industry have opted for
a drastic measure which I think it is not going to be favorable to the masses.
All telecom companies are complaining of revenue losses from
international calls  and are scared they “may
lose  between N20tn and N30tn, or so, by
the end of 2018”, hence by blocking subscribers from accessing Skype and other
Over-the-Top services like WhatsApp, they may be able to recover their losses. 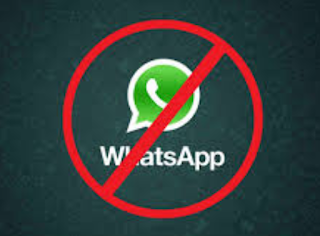 This simply means that you’ll be prevented from performing
certain functions like voice and video calls on WhatsApp and Facebook, among
other OTT services.
Telecoms operators in the country said that international
calls made up a critical part of their revenue because of Nigeria’s large
expatriate and Diaspora population. But right now, subscribers have opted for
alternative to international calls by using Skype, WhatsApp call, Facebook
Video calls etc and its drastically affecting their revenue.
Remember that MTN boss suggested to the government to block WhatsApp late last year that its affecting their businesses. The question is,
will you support Telcos to take this move?