Skip to content
Airtel 4G LTE is what most Airtel
subscribers has long waited for and it was said by an insider late last year
that Airtel will rollout the 4G LTE but unfortunately, nothing happen.
Few weeks ago, some users started
noticing the presence of Airtel 4G LTE on their devices and now, it is live in some part of Ogun, Lagos and Ibadan. I don’t know about
Abuja, Kano and PHC… If you are in that area, you can help us check it out. 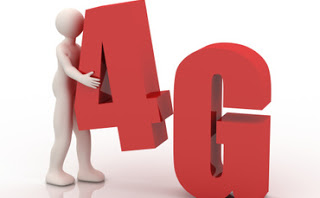 What is Airtel Band?
Airtel is running on Band 3 (1800MHz)
which is compatible with almost all 4G enabled smartphone on like glo that runs on
band 28.
Airtel 4G speed was tested on
Speedtest in Ibadan, the download speed was 28.45 Mbps and upload was 8.77
Mbps. As you can see in the screenshot below;

You can help us run the speed test again if its live in your
city.
How do I Get it Active?
Walk in to any airtel office closest to you with your
current Airtel SIM and request for a sim swap. After the sim swap, your 4G will
be up and you’ll be given 4GB data to test run the new 4G LTE services.
You can run a check if Airtel 4G is
visible in your location and let us know with feedback. Open your 4G
smartphone’s settings and scroll down to
Mobile networks– Network operators– Search networks. Tap Search
networks to initiate a search. After a short period, a list of available
networks will be presented to you.
Let us know once you are
able to get hold of Airtel 4G services in your location.