Skip to content
Microsoft will soon introduce a new feature that eliminates
the need for password on windows 10.
According to Softpedia,
the latest Insider preview release, build 17093, relies on the
Authenticator app on Android and iOS to render passwords “a thing of the past”.
With the Authenticator app on your mobile device, you can
authorize or block any request, and Microsoft says that passwords would be
removed completely from the operating system. 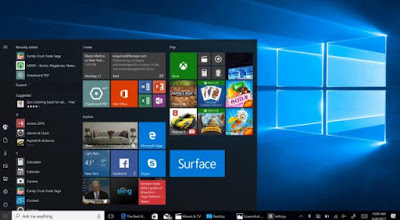 The feature is currently available in Windows 10 S. In case
you’re wondering why Microsoft released this only for Windows 10 S users, it’s
because the feature needs to be tested thoroughly before rolling it out to
everyone.
Windows 10 S will soon be integrated in Windows 10 as “S
Mode,” so it’ll no longer be offered as a standalone SKU.
How will it feel like operating a windows 10 computer that
no longer requires password?