This post was shared on Nairaland, and I felt everyone here should take extra precaution about it.

I work as a Support Staff for a commercial bank, and I have witnessed this New Crime case twice this week alone!!!

This fraud usually occurs at the ATM galleries. An 18-year-old customer and another ‘Rich’ adult customer were victims and now they have their BVN flagged for live and have cases to answer with the Police, and with their bank accounts on Post-No-Debit.

This is how it works;

1. You walk to an ATM and someone (fraudster) approaches you. The person may show you wads of cash and claim they have exceeded their withdrawal limit of 150k, and that they still need more cash. They then plead to make a money transfer into your own bank account so that you can withdraw it for them.

2. The TROUBLING thing in this seemingly harmless random act of kindness is that transfers are usually made from STOLEN PHONES or HACKED BANK ACCOUNTS!!! 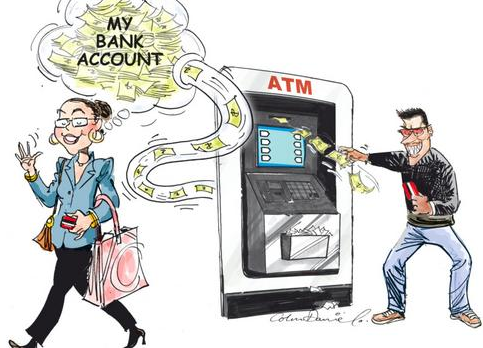 3. The person who owns the bank account which the money transfer was initiated from would report to his bank, and the bank would send out a circular to the recipient’s bank with instructions to be carried out – which usually includes freezing your own account, BVN flagging, and on most times an order for your apprehension.

4. The next thing you would discover is that the next time you try to use your ATM card to withdraw, your transactions will be unsuccessful.

5. You then go to your bank and you get the news. You will thank your stars if there’s no MEMO to apprehend you and hand you over to the Police immediately – for something you surely don’t know about. You may be advised to quickly go get a Police Report.

The 18-year-old boy was sent to withdraw money from his bank account by his Mom. On getting to the ATM, he was held at gun point by the fraudsters and the money transfer was made, money withdrawn, and he was released. The money here was 40k. The boy was advised to report himself to the Police, and he should follow up with the bank.

The adult customer was approached respectfully by a fraudster brandishing loads of cash. So, he felt at ease and ‘helped’, not knowing he had been exposed for flagging. Here, the amount of money involved was 50k. The customer who has about 1 million naira in his bank account has now been undone because of 50k he knows nothing about. Now, there’s a MEMO to have the customer arrested anytime he steps into any of the bank branches.

Who knows if the stolen phones were acquired via One Chance armed robbers or the bank transfer details were supplied by Serial Hackers? This is a serious criminal issue.

Remember, if you have your BVN flagged, then you are so done with any legal financial dealings.

DO NOT HELP ANYBODY AT THE ATM!!! NOT EVEN AN OLD FRIEND, CHURCH MEMBER OR WHATSOEVER. SAY NO TO STRANGERS WHO APPROACH YOU FOR ANY TRANSFER FOR WITHDRAWAL AT THE ATM.

Imagine getting locked up over money you know nothing about other than helping someone to withdraw.