As earlier reported in January, WhatsApp has now launched an update to its iOS app which enables a new biometric authentication feature.

According to the patch notes for the iOS app, users can now require Face ID or Touch ID authentication to unlock the WhatsApp application. 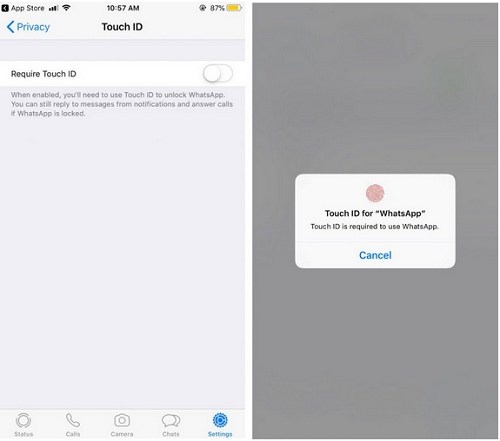 Once you enabled the Face ID or Touch ID feature, the app will be completely protected, so the user will need to authenticate his/her identity in order to open WhatsApp (from the app icon, from the notification or from external pickers). It will protect the entire app, meaning you can’t use it to lock specific conversations.

This option can be accessed by navigating to Settings > Account > Privacy within the application and enabling the Screen Lock feature.

Enabling this means that privacy-conscious users can add an extra layer of security to their WhatsApp conversations – even if their device is unlocked.

The feature was launched for iOS beta users last week, and has now rolled out to iOS users across the world.