Earlier this year, MTN CEO promised to release a cheap android Go smartphone into the African market market that won’t dig a hole in your pocket…

It appears the smartphone has been launched, built by Mobicel and code named Mobicel Rio, a budget android Go phone already available in some African market. 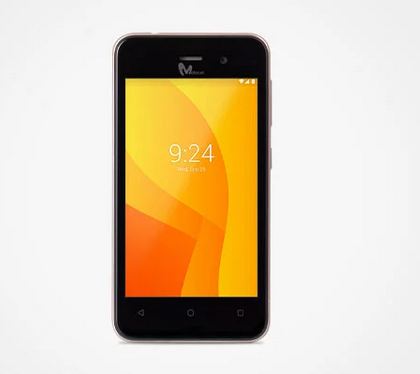 The Mobicel Rio features a 4-inch LCD touch screen along with front and rear cameras.

The device has 8GB of internal storage and 512MB of RAM, and is powered by a quad-core 1.3GHz processor.

It comes with a 1,550mAh battery capacity and runs the Android Go operating system out of the box, which means its applications and software are optimized for its relatively low amount of storage and memory.

The device comes with a 3G connectivity and includes both a headphone jack and a MicroUSB port for audio and charging.

It is available in all MTN store worldwide.

Will you rock it or buy it for your love ones?

4 thoughts on “Will You Rock This New MTN Android Phone Mobicel Rio?”