Skip to content
Now I can confidently beat my chest that some unscrupulous
network giant doesn’t want Android users to enjoy the true benefits of their
device due to high charges on data consumption.
Just recently, Mtn Nigeria, deactivated all Udp and icmp protocol
rendering every Android phone to act more or less like Nokia 3310. ICMP
protocol was open and later deactivated last night; I don’t know why it was
open and later deactivated but I guess something is actually going wrong somewhere.
I have tentatively make
a research on supported mtn bis vpn but for now, I discovered that   it’s
only Your Freedom software that works with Mtn bis using dns both on android
and pc. 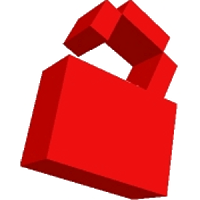 How Can I Get Your Freedom VPN For PC & Andriod?
==>Register a free account here and download it to your
android device here while PC should download here  if you don’t already have it
==>Set your connection protocol to DNS, ems 24, tweak set
it to none.
==>Save and exit.

For Android users who don’t want to use YourFreedom
vpn,  do this
==> Switch off mobile data and go to settings ==>
Network ==>Wireless ==>Mobile Network ==> Apn and tick the mtn default
apn which is “web.gprs.mtnnigeria.net” or better still, create a new access
point if you don’t have it.
==>Go back and switch on mobile data and you will be able
to browse with it after that.
For you to actually enjoy this YourFreedom tunneling vpn,
you need to upgrade for unlimited  and
stable download. The free account only allow 3hours for use on PC  while on Android phones, it can disconnect at
anytime.

20 thoughts on “Connect Mtn Bis With Your Freedom Vpn”