Skip to content
It is no longer news that the so called airtel bis that we
appraised and raised high few months ago is now the network that is been
de-praised and pressed low. Someone asked me a question two days ago, and this
prompted me to make some findings directly from their office to be sure of what
I’ve heard. 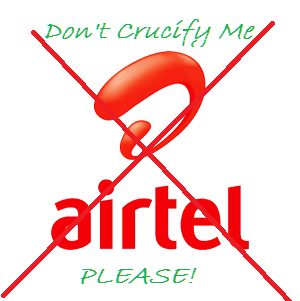 Airtel data plan and bis price has changed drastically  in recent times
without any prior notification to its’ customers which I think it’s very bad.
As at four months ago, Airtel Bis  2GB
plan goes for #1,500 while their normal 1.5GB plan goes #3,000. But just some
couples of months ago, they started charging unnecessary data consumption even without using
it for anything.
I lately discovered that their 2GB bis plan which goes for #1,500
as been reduced to1.5GB, While their nomal 1.5GB now goes for #3,500; 4GB goes
for #8,500. Like I’ll always say, only subscribe for Airtel bis if you know
what you are doing, or you don’t consume data for surfing.
As long as I’m concern, Airtel as lost a customer forever
except if there is a change in their data plan.

8 thoughts on “What Has Become Of Airtel Bis – Increase In Price, Decrease in Data”