This
Chinese smartphone company is not taking it easy at all. They’ve released an
electric concept car called LeSEE. It can drive autonomously, and even park itself
while listening to voice prompts from its owner, via a smartphone app. It’s got
rear suicide doors, as opposed to Tesla Model X’s rear Falcon wings. 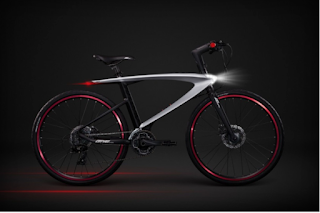 This
same company formally known as Letv has built a super bike called Le Super Bike.
The LeEco smart bike is made with carbon fiber and
titanium, and runs on Android. Essentially, the bike
has a smartphone built into the handle bars. The phone is a 4 incher’ and runs a
special skin called BikeOS with bunch of useful features for the road.

The
phone is actually top-notched with a 4GB of RAM, a 4G connection and a
fingerprint sensor which can be used to lock the bike. The phone is powered by
a 1.3GHz processor and a battery that can be charged just by cycling. LeEco makes sure the wheels are unlocked few minutes before the battery
runs out. 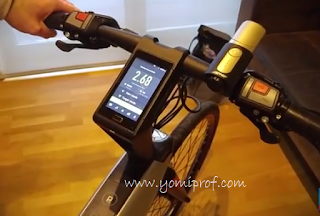 It has a built-in fitness tracker and a couple of sensors like the
light sensor. There is also a sensor that monitors heart rate and a sensor for
tracking pedal rotations. The list goes on and on.
The handlebars are fitted with control buttons. There are buttons
that will blink to indicate the direction you are turning.
Le
Super Bike is what happens when you crossbreed a bicycle, an Android
smartphone with 4G connections, a smart car and I guess you know the end
result.
The
Le Super Bike is already on sale in China for around $800, and it will reach USA later this year, and possibly the rest of the world after that.