Skip to content
While other brands are busy painting the airway, InnJoo
secretly unveiled another of its flagship in Halo series called Halo X. I don’t
know why it was unveiled in secrets but its already available for purchase on Jumia platform. 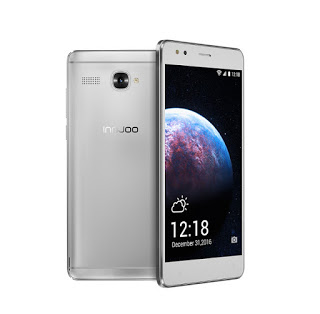 InnJoo Halo X features a  5.5 inch display screen with a resolution of
1280×760, powered by a Quad-core processor cloaked at a speed of 1.3Ghz CPU.
2GB Ram and 16GB internal memory. It comes pre-installed with Android 6.0
Marshmallow out of the box and 3,000Mah battery capacity. 8MP back shooter
camera and 2MP front shooter camera.
See the Key Spec below
Display: 5.5″ HD IPS
Processor: Quad Core; 1.3GHz
Memory: 2GB RAM, 16GB ROM, expandable to 128GB (microSD)
Camera: 8MP (Rear); 2MP (Front)
Colour: Grey
SIM: Dual sim
Battery: 3000mAh
Price: N32,720
I guess it was a low key launching, I don’t know why but it was absolutely low and the price of the device is fair enough for social media addict.  Yea or Nea for you?