Skip to content
After bringing
its free VPN services to iOS and Android, Opera has now released a free,
no-login VPN for desktop users as well. The VPN is bundled in to the latest
Opera 40 browser and requires no sign-in or any setup – using it is as simple
as the press of a single button.

You may recall
that Opera put a VPN inside its browser earlier this year in April — before
then rolling it out on its iOS and Android — but that was for the developer
version only. With today’s update — Opera 40 — the Norwegian company is
bringing the privacy and security benefits of a VPN to all of the users of its
desktop browser. 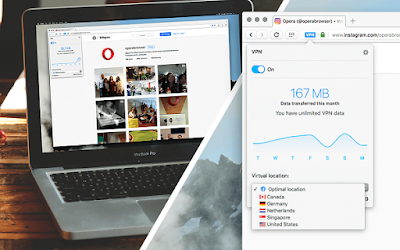 Notable features
of Opera 40 VPN For Desktops
>>It is
free and unlimited
>>Opera
40 support for Google’s Chromecast streaming dongle
>>Allows
you to change your geographic location while also protecting your data from
third party snooping
>>Automatic
battery saving for unplugged laptops. 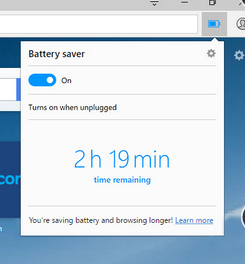 Opera VPN lets
you choose from one of five locations – Canada, Germany, The Netherlands,
Singapore, and USA.
How to Activate
For Mac, Linus & PC
To activate it,
Mac users just need to click the Opera menu, select “Preferences” and
toggle the feature VPN on, while Windows and Linux users need to go to the
“Privacy and Security” section in “Settings” and enable VPN
there.
Download Opera 40
Latest Browser here
“If people
knew how the internet truly works, I believe they all would use a VPN,”
says Krystian.