Opera VPN is a stand-alone app,
and not integrated with Opera Software’s iOS browsers, which include Opera Mini
and Opera Coast.

A
virtual private network is designed to essentially hide the user’s IP address.
Instead of accessing the internet directly, the user’s device connects to a
server, which then accesses the internet on behalf of the user, masking the
user’s identity. Like other VPN integrations Opera has done, the app uses the
SurfEasy VPN service, which was actually recently acquired by Opera. While
other VPNs may offer a trial version or require the user to sign up for a
subscription, Opera says its integration of the VPN in its internet browser
will be free for life.

Though the VPN services is free but later in the future, opera will introduce
advertisement within the app.
I installed the Free VPN on my device and it
only makes provision to switch between 5 regions as seen in the image below. 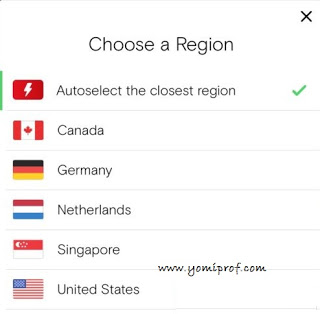 It also has features that let you block
ads from showing in all browsers and prevent websites from tracking you. 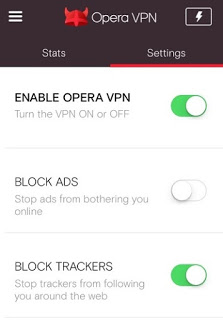 Note: Free vpn monitors users activities, collect your data anonymously
but cannot identify you personally.
For now, no words on when it will be available
for Android users.
You can get it here