Skip to content
MediaTek announced two new chipsets for its high
powered Helio X2x line. The Helio X23 and Helio X27 both feature a deca-core
CPU that is created using MediaTek’s tri-cluster setup.
Both of these new Helio chips have the same setup with
two ARM Cortex-A72 cores, and two sets of four ARM Cortex-A53 cores. In
addition, the Helio X27 processors also have a clock speed of 2.6GHz, which is
higher compared to the earlier Helio X25 and its 2.5GHz clock speed. 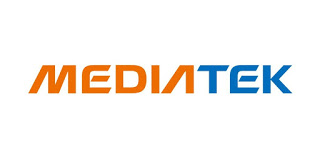 Both of the new Helio chips from MediaTek support the use of
dual cameras in smartphones, combined with the use of the company’s
image signal-processing solution. It says it will “integrate color and mono cameras and depth-of-field applications into
a single ISP aimed at both quality and functionality for photography.”
The new processors also support the MiraVision EnergySmart
Screen technology, which is designed to save energy on smartphone displays.
MediaTek claims it offers a 25-percent reduction in display energy consumption
compared to other methods.
MediaTek says that the Helio X23 and Helio X27 will be found
inside new handsets soon.
Source: Mediatek