Skip to content
We don’t know if this is true or note but a smartphone case
manufacturer has leaked the official dimensions of both the Galaxy S8 and
Galaxy S8 Plus smartphones, several months before their official unveiling.
According to GSMArena, the Samsung Galaxy S8 will reportedly
weigh in at 140.14 x 72.20 x 7.30 mm, being a bit shorter and thinner than the
Samsung Galaxy S7, but also wider than the 2016 flagship. 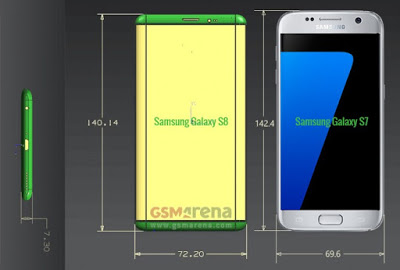 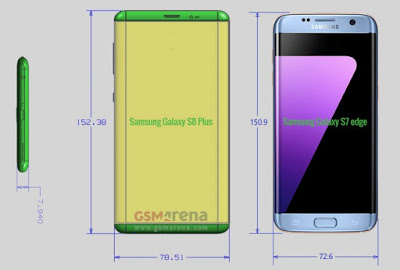 As you can see from the two leaked images, both phones seem
to lack home buttons since they will both have an ultrasonic fingerprint
scanner embedded below the display. Take this info  with a pinch of salt until it is unveiled.