Skip to content
The largest social network  Facebook is about to launch a new standalone
TV app. The new app will let Facebook users watch videos from their friends and
their ‘liked’ pages on TV, as well as watching the top live videos. Facebook also said that it will recommend videos based on ones you’ve already watched
but (presumably) on a much larger screen. 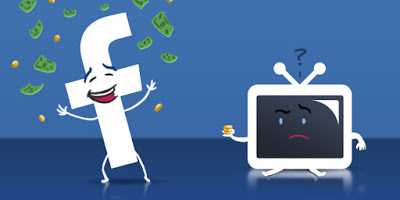 The new app will give Facebook better chances
of competing with YouTube and other traditional television channels.
Any user with Apple TV, Amazon’s Fire TV and
Samsung’s smart TVs will be able to view Facebook’s user-generated videos
through their own boxsets.
Facebook CEO, Mark says he wanted “Facebook to
become the place users go when they “want to watch videos or want to keep up to
date with what’s going on with their favorite show.”
Facebook users were watching more than 100
million hours of video every day in early 2016, and Facebook wants even more.
The new app, which will launch in the next few
weeks, gives Facebook yet another way to reach consumers interested in videos
and, most likely, another platform to sell video ads.