Skip to content
As time goes on, different technology keep evolving… some
duo who are still living in the primitive era of ideology will call it end time
but this is technology in a new dimension.
This is just to tell you that in the nearby future, you won’t
be needing anti scratch smartphone but self healing smartphone screen. No
matter the scratches on the screen of your device, it will self heal itself. 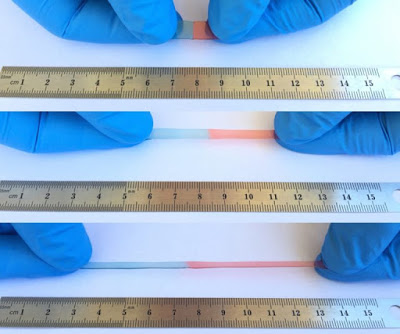 If you drop your phone and the screen shatters, you usually
have two options: Get it repaired or replace the phone entirely. But with this
latest discoveries, it shattered your two options  and present you with a third option…self heal
itself.
Scientist at University of California Riverside have
invented a phone screen material that can heal itself.

The researchers conducted several
tests on the material, including its ability to repair itself from cuts and
scratches. After they tore the material in half, it automatically stitched
itself back together in under 24 hours, Chao Wang, a chemist leading the
self-healing material research, tells Business Insider.

The material, which can stretch to
50 times its original size, is made of a stretchable polymer and an ionic salt.
It features a special type of bond called an ion-dipole interaction, which is a
force between charged ions and polar molecules. This means that when the
material breaks or has a scratch, the ions and molecules attract to each other
to heal the material.

This is the first time scientists have created a self-healing
material that can conduct electricity, making it especially useful for use for
cellphone screens and batteries, Wang says.
We expect to see full manifestations of this new discovery
available in smartphones beginning from 2020.
Source