Skip to content
After releasing Nokia 3, Nokia 5 and Nokia 6, HMD Global is
set introduce one high end smartphone call Nokia 8.
Though, earlier rumors suggested that there will be Nokia 8
and 9 but right now, we are only expecting one variant Nokia 8.
The Nokia 8 is expected to be powered by a Qualcomm
Snapdragon 835 processor, further featuring 4 GB of RAM, dual SIM support, and
64 GB of internal memory. The handset likely sports a Quad HD (1440 x 2560
pixels) display of at least 5.3 inches, and could have a Zeiss-branded camera.
Nokia 8 will be available in four
color variants – blue, steel, gold blue, and gold copper – and should cost a
bit $600 in the
US. 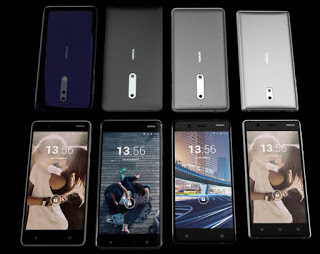 You can watch the earlier video release and the Nokia 8 likely on the left.
Via