Skip to content
Finally, Apple just unveiled the iPhone 8 and iPhone 8 Plus
at its press event. It looks a lot like the iPhone 7 and 7 Plus, but with a
glass back. The iPhone 8 still has a single camera while the 8 Plus has a
double camera.
These phones are sealed to be water and dust resistant.
There’s a new retina HD display. It has true tone technology like the most
recent iPad Pro. It adapts to ambient light. 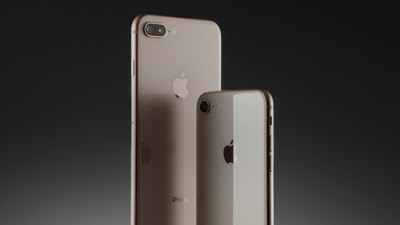 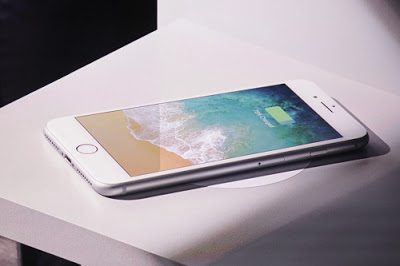 The iPhone 8, just like many Android phones out there, now
supports wireless charging. It should work with many third-party wireless chargers
as Apple is using a common standard.
The iPhone 8 is going to start at $699 for 64GB. The iPhone
8 Plus is going to cost $799  for 64GB storage. Both models will also have larger 256GB models,
but yet to be announced.
Key Spec of iPhone 8 Plus
Display: 5.50-inch
Processor: quad-core
Front Camera: 7MP
Rear Camera: 12MP
Resolution: 1080×1920
OS: iOS11
Storage: 64GB
Ram: 3GB
Key spec of iPhone 8
Display: 4.70-inch
Processor: quad-core
Resolution:750×1330 pixels
Front Camera: 7MP
Rear Camera; 12MP
Ram: 2GB
Storage: 64GB
Pre-order begins from September 15th.