Skip to content
Rumors has it that Nokia will be launching a feature phone
called Nokia E71 along side the Nokia 9 early next year.
Fresh information suggests that the
upcoming 4G feature phone from HMD Global could be the revamped edition of the
Nokia E71 Qwerty keyboard enabled phone from 2008. 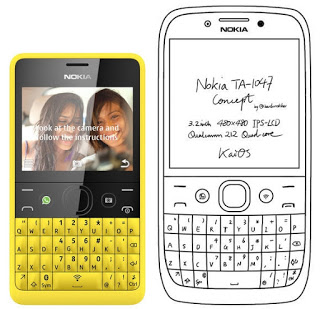 Nokia E71 (2018) is expected to come
with a 3.5-inch touchscreen display with a resolution of 480p. The Snapdragon
205 chipset by Qualcomm that is designed to bring 4G LTE on low-budget and
feature phones is speculated to power the Nokia E71 (2018) along with 1 GB RAM
+ 8GB internal storage.
Nokia E71 replica will likely come with 3MP rear camera and
we are expected to see single sim and dual sim option depending on the market.
Speculators suggest that the 4G enabled feature phone will
likely cost upto $300… but another aspects of the market believe that the phone
should not cost upto $150 otherwise, it will scare buyers away. Year 2018 is
absolutely promising and we are waiting to see what OEM’s have for us in stock.
What do you think?
via: source