Skip to content
We’ve seen HMD Global revive the old Nokia phones called
Banana phone, a feature phone come redefine with 4G and the Nokia 3310 4G
edition. Now it seems Motorola RAZR flip phone will also be coming back to
live.
In May 2016, Lenovo teased the return of Motorola Razr but
it didn’t happen; instead, unveiled the Motorola Moto Z with modular
capabilities. At MWC 2018 Lenovo CEO Yang hinted that the company may relaunch
the RAZR phone with foldable design. 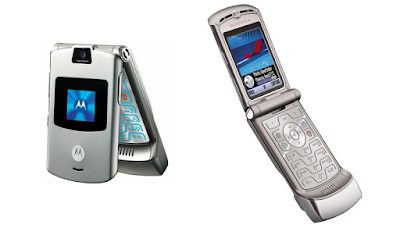 Motorola RAZR is one of the popular phones from the company
as it had sold 130 million units since its launch in 2004.
He further said that “With the new technology, particularly
foldable screens, I think you will see more and more innovation on our
smartphone design. So hopefully what you just described (referring to the Moto
RAZR brand) will be developed or realized very soon.”
If Motorola Razr return, do you think it will come with
the latest technology and how strong will the battery capacity be? This year
seems to be the year of the return of old phones