Skip to content
One of the best thing that happened
to Blackberry is moving to Android OS… Blackberry is currently working on
ditching out a new blackberry device dubbed Blackberry Ghost.

BlackBerry ‘Ghost’: a bezel-less, premium Android handset from licensee
Optiemus was tweeted by evans blass @evleaks. Although we are not sure if that
means it will have no bezels like the iPhone X or something more similar to
other recent Android phones. 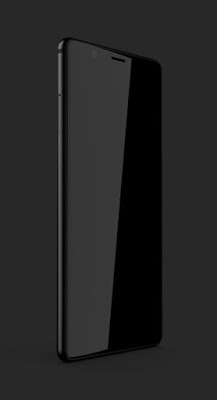 We also don’t know anything else
about this device, except that it will be a “premium” device and most
definitely will be in black. What we know is that it will be designed and
manufactured by Optiemus Infracom, one of the three licensee for BlackBerry, who
have previously handled the marketing, sales, distribution and support for the BlackBerry KeyONE last year in India.
No specs, no pricing, nothing other
than to say it’s a bezel-less premium Android handset. First impression, looks
hot and sexy! But what do you all think? Let me know in the comments.