We’ve covered this tutorial before but for the sake of newbies and those who recently change their device but noticed that it kind of sluggish, slow or lagging. You can actually make your android smartphone faster  using the developer’s option.

There are likely a slew of Android settings that you are unfamiliar with, from all things Lock Screen & Security to a wide variety of Display related settings, but there is also a whole collection of settings hidden beneath the surface.

These are the Developer Settings, and they are hidden by default. But relax, we are going to show you how to enable your developer options and make your Android device faster.

How to Enable Developers option

>>Go to settings on your Android device 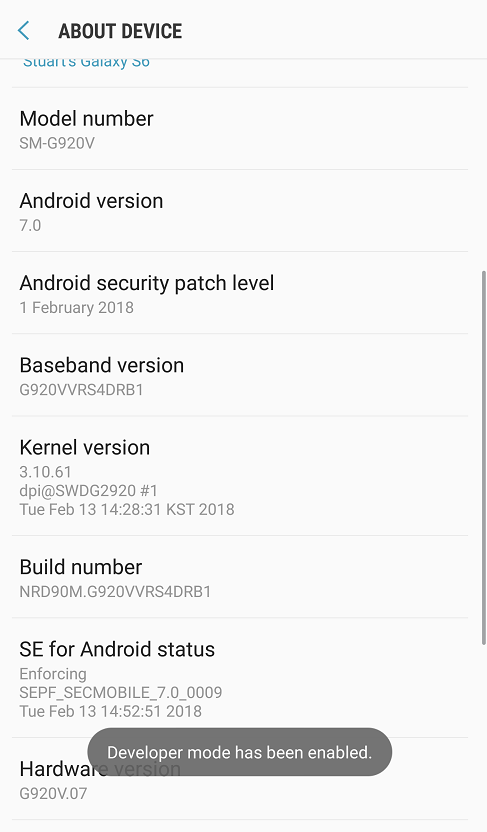 >>Click on About Phone (Here, you can see your Android version, Model number, and Android security patch level among other things.)

NB: A dialog will appear at the bottom of your screen saying that ‘You are now few step(s) away from being a developer’

You can just back out to the main Settings menu and you’ll find Developer options somewhere near the bottom of the list.

How to Make Your Android Smartphone Faster

To begin, flip the switch at the top of the screen and tap ‘Ok’ in the dialog that appears. 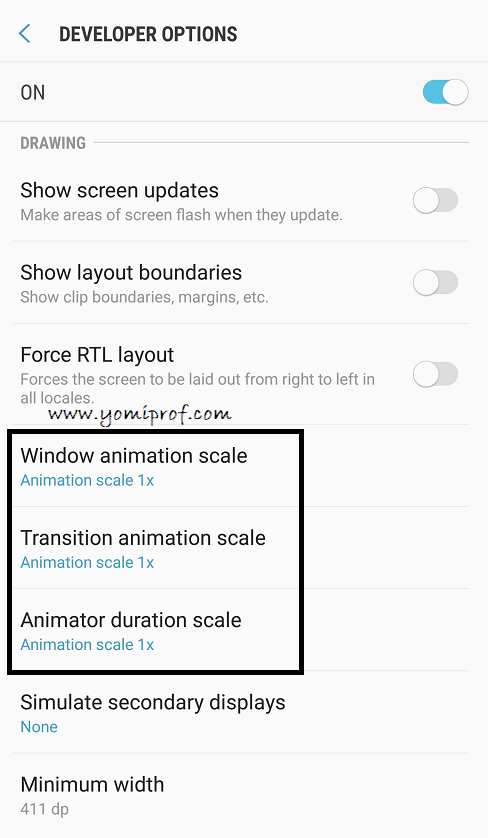 Scroll down until you find a group of settings for

The first affects the speed of pop-up windows, such as the one that appears when you change its setting. The second changes how fast the system transitions between different screens, such as opening an app. The third affects the animations that occur throughout the system, such as pulling down the notification shade, tapping a button, or closing an app through the recent apps screen.

Change it to This Scale

By default, each of those three options is set to “1x” but tapping them and changing them to “0.5x” will dramatically speed up your phone. 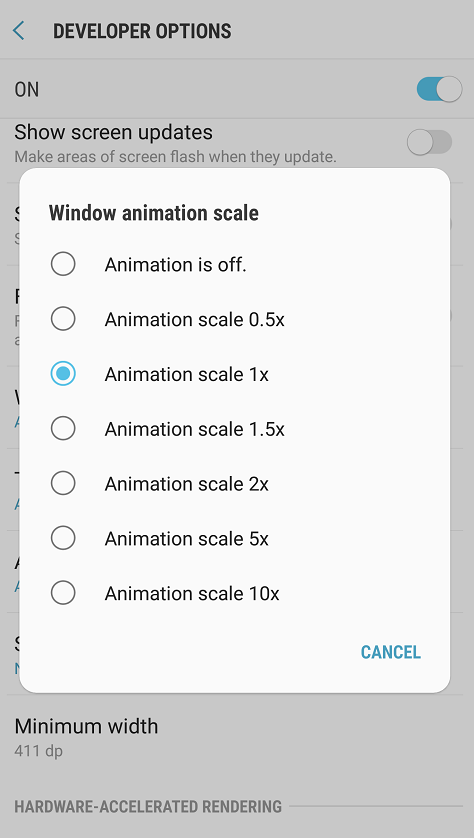 We can even turn them off. Animations look nice, but try turning them off, and you will see just how fast your device will seem.