Fake USB cable – It is no longer news that when a popular brand launches a product, other manufacturers duplicate it and sell it in the market. These types of products usually don’t last and are also harmful.

Fake chargers and USB cable usually look like the original ones. But if it’s not original, it will never be like original. A lot of persons has fallen for the fake ones, thinking they are using original charger and USB cable.

Fake USB cable usually takes long before it charges your device to 100%, some damages your phone battery, while some others after charging like 2-3 times, the charger becomes hotter than normal. Before you fall victim of Fake USB cable the second time, read the below.

How to Identify fake USB Cable

Take a good look at your USB cable and you should notice two holes that reveals the bus/contact. What you should look out for is the color of the conductor inside it. You’ll either find Copper or Aluminum. 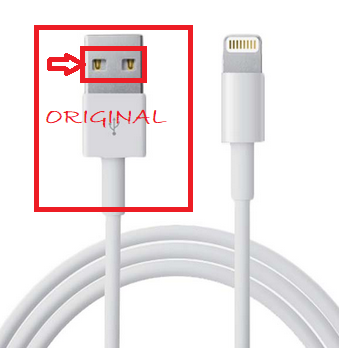 Aluminum Conductor: The conductivity power of Aluminum is relatively low (61%  of copper conductivity, but has only 30 percent of the weight of copper.)

Note: Before you buy any USB cable, make sure it is Golden otherwise, you will be buying a fake USB cable.

Some manufacturers often use aluminum to produce inferior products because aluminum is cheaper than copper.

The European standard plugs on the original Samsung charger features an extra layer of plastic on the lower end of the structure of the plugs to provide extra strength and support, which also enhances its overall durability. Whereas, on the fake Samsung charger you will notice that there are simple plugs without any durability structures. 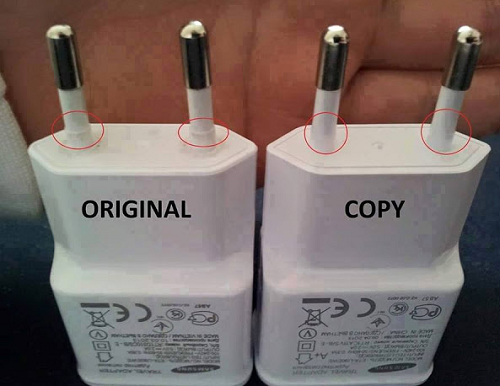 Well, always look out for the features as seen in the images above.

If your USB cable bus conductor is aluminum, then you are using a fake USB cable.