This is currently YouTube rival, Facebook Watch launched a year ago but was only available in the United State. Today, the social media company announced that the VOD service will be “available everywhere” .

Facebook Watch is a video-on-demand service operated by Facebook. It was announced on August 9, 2017, with initial availability the day after, and with rollout to all U.S. users by the end of the month. 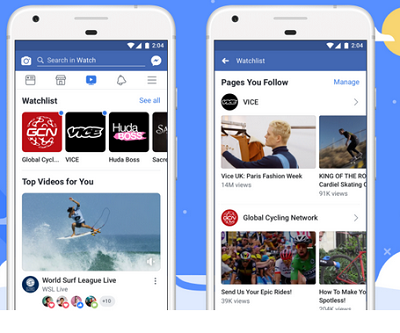 The goal of Watch is to help you find new videos to watch, ranging from sports and news to entertainment, and your feed will be personalized to match your interests. When you go to it, you’ll see the Watchlist, where Facebook will collect recently-uploaded videos from the creators you’ve chosen to follow. Watch also supports saving a video for later viewing.

To access Watch on iOS and Android, look for the Watch icon in your shortcuts bar or the “More” bookmark. You can also find Watch on Apple TV, Samsung Smart TV, Amazon Fire TV, Android TV, Xbox One, and Oculus TV.