The 88-inch display is the first 8K OLED TV in the world, boasting over 33 million self-emitting pixels. 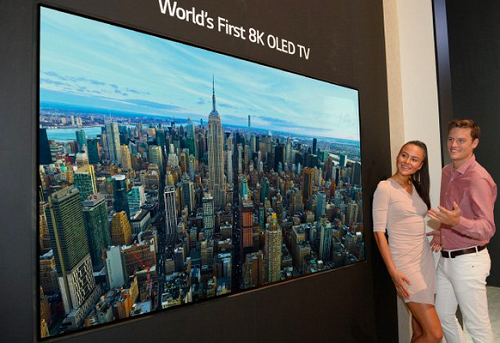 The company sees a bright future ahead for the display technology, stating that OLED TV shipments are expected to double in 2018 and reach over nine million units by 2022.

“4K OLED played a major role in reshaping the TV industry and LG is confident that 8K OLED will do the same.”

There is currently no pricing or release date information available for the 8K OLED TV.