The First Purge entered the chart in the top spot, while Solo: A Star Wars Story and Sicario: Day of the Soldado held onto second and third respectively. 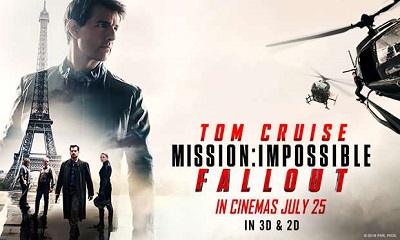 Mission impossible – Fallout is a movie you should see trilling from beginning to the end.

29 thoughts on “Top 10 Most Pirated Movie of The Week”