Skip to content
This is seriously a trying time for MTN… for the very first
time, Africa’s biggest mobile phone operator MTN Group Ltd cut investor payouts
by almost 50 per cent as it reported its first-ever half-yearly loss on Friday.
MTN said in Johannesburg that the loss was due to a deadly
blow unethically thrown at them from a hefty regulatory fine in Nigeria. 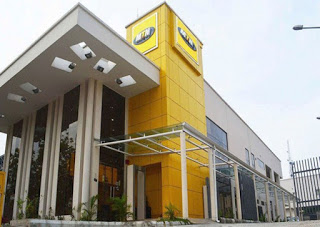 And the biggest contributor to the decline was MTN’s
agreement to pay a record N330 billion ($1 billion) fine in Nigeria, the
company’s largest market. The penalty was levied in October after MTN missed a
deadline to disconnect unregistered subscribers, and the subsequent loss of
customers further hurt operations in the country.
MTN said the fine, a third of the proposed initial penalty,
wiped 10.5 billion rand ($768 million) from their headline earnings, South
Africa’s main measure of profit.
MTN also said the results were affected by unfavourable
currency swings, underperformance in its home market and in Nigeria where it
had to cut off another 4.5 million SIM cards to comply with local registration
requirements.
This kind of blow is heavy enough to kill a business… Take
one seconds to say a word of prayer for MTN Telecom company.

11 thoughts on “NCC Crumbles MTN, Reports its First Ever Loss”