Xiaomi is getting ready to launch one of the most anticipated smartphones of the year for Mi users Redmi note 9. The Redmi Note 9 has been teased to pack a quad rear camera setup and a big battery. It has also been teased to be a ‘gaming beast’.

The phone maker is expected to launch two new phones in the series, the Redmi Note 9 and Redmi Note 9 Pro on 12 March 2020. 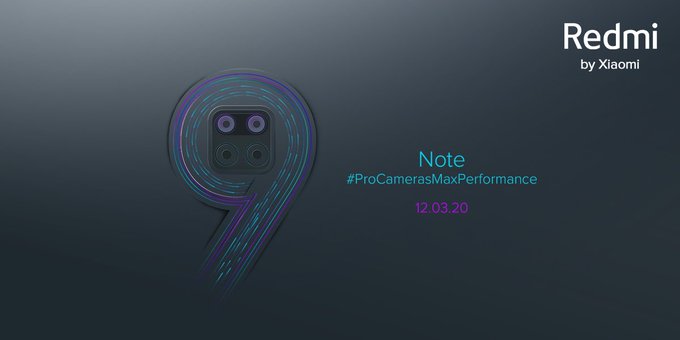 Though the company hasn’t revealed the real specification of the device, but it has been teased to feature quad rear camera setup and also boasts of a display with fast refresh rate — possibly a 90Hz panel.  On the front of the phone, there could be a punch-hole design, but the location of the punch-hole remains unknown.

Confirming this, Redmi India tweeted Brace yourselves for the biggest #Redmi product launch of 2020!

Brace yourselves for the biggest #Redmi product launch of 2020! 🤩#ProCamerasMaxPerformance is going to be nothing like you have ever seen before! A new #RedmiNote is coming on 12th March! 😎

From the official teasers, we can see the Redmi Note 9 series will sport a four-camera array on the back housed in a square cutout.

Other leaks also suggest that we should be expecting to see 5000mAh battery capacity powering the device.