Bad news for DStv and GOtv subscribers in Nigeria, as MultiChoice Nigeria plans to implement the new Value Added Tax, VAT rate which will eventually lead to an increase in the subscription packages of DStv and GOtv.

You’ll pay more for your subscription packages once the new VAT is implemented, regardless of the packages you are subscribed to.

The new VAT regime, which came into effect on February 1, raised the rate of VAT from 5% to 7.5 % on goods and services. Since coming into effect 4 months ago, MultiChoice has absorbed the 2.5% hike on behalf of its subscribers, an action that has kept that VAT rate at the pre-February rate of 5%. 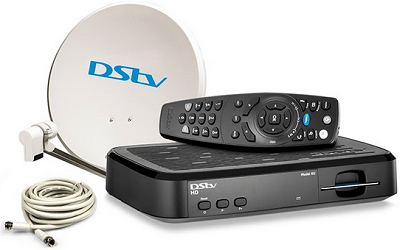 According to sources, there is no way the pay television giants can continue to pay the difference between the old and the new rates for much longer, as this has impacted very negatively on its finances. The source said:

“Pay television service is not exempted from VAT and I want to believe that MultiChoice is the only company still charging the old VAT rate on its products and services.

It is important to note that VAT is not part of the turnover of companies, which they collect on behalf of the Federal Government and remit the same on a particular date.”

The source added that MultiChoice may have waited for 4 months to effect the new rate, in the hope that, as widely speculated, the Federal Government might revert to the old rate before the end of the first quarter of the year.

The pay-television company is also planning to phase out some of its legacy packages on DStv and GOtv platforms and replace them with new ones to create capacity for new content additions and give them distinct Nigerian identities.

Beginning from June, DStv Access subscribers will be migrated to Yanga, as Access package will be phased out.

The question is, in such a time like this where the economy is nose-diving, people losing their jobs due to the spread of Covid19, should MultiChoice Nigeria increase their subscription fee?

Let us know what you think in the comments.