Skip to content
Most telecom company seems to be sitting up this days,
though I don’t know what is ahead. Barely five (5) weeks after Airtel discontinue
the 1+1 Android offer that gives you 4GB for 2K or 9GB for N3,500; they just
introduce another upgrade on their existing Blackberry Complete plan.
According to the text Airtel NG sent to me, it says 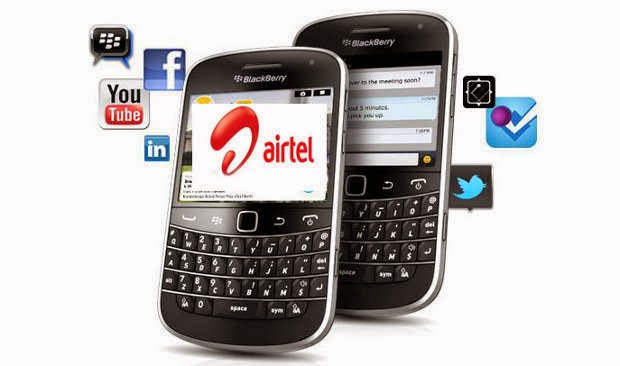 Initially, this Blackberry Complete  gives  you 1GB for N1,400 and it works on all device.
But now that it has been increased to 3GB, something seems to be fishy
somewhere.
How Can I Subscribe to This Plan
Dial *431# to subscribe.
Does it work on other Device?
It has not been tried on any device. Though their last text
says ‘Valid on Blackberry Only’ but I believe when tried on other devices, it
will work.
The year 2015 is still fresh and they should keep up the
good work, but hope this doesn’t zap data as usual? If not, I comment my
reserve.