Skip to content
Another Malware has been discovered in Google Playstore
despite the facts that it is the most secured store to download apps for
Androids.
I don’t know how this malware nicodemously creep in to
Google Playstore but it has infected more than 40 applications on Google
playstore and more than 400 applications on unofficial app store. It is called
DressCode. 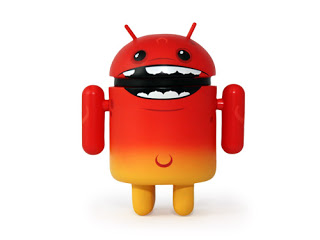 What this specific type of malware does is, it creates a
so-called botnet. The attackers are able to use infected devices to route
traffic through them. In the case of DressCode, Check Point says, the hackers
only used it to generate false ad clicks and traffic, thus collecting ad
revenue. However, a botnet can be used for much more serious attacks, such as
gaining access to company servers and files.
Even though the malware is used to route traffic for invalid
clicks of ad revenue, you still have the responsibility of making sure such
kind of malware doesn’t run in the background of your device, otherwise it will
affect your device performance.
Always make sure that your Android device have the latest
security patch installed and always be careful of what you download in apps store.