Skip to content
As good as Android operating system is, it is vulnerable to too many
attacks. A new flaws has been discovered by researchers and it says to affects
Android devices powered by Qualcomm chipsets. It is called QuadRooter.
the flaw is basically a set of four vulnerabilities
affecting over 900 million smartphones and tablets running Google’s mobile
operating system, including Samsung’s latest S7 flagships and even the
acclaimed most secured Android smartphone by Blackberry DTek50. 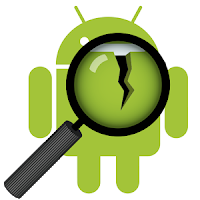 For a user’s phone to be attacked, he or she would have to
be tricked into installing a malicious app onto their handset. No special
permissions are required to install it, and affected phones can be completely
controlled by the hacker. For this to happen, the hacker must successfully
exploit one of the four flaws thus giving him (or her) root access to the
phone. Once that is accomplished, the invader gains access to the camera,
microphone, data and all of the remaining hardware.
Qualcomm was notified about the vulnerabilities – found in
the company’s software drivers – back in April this year. The chipmaker says
that all the bugs were fixed at its end and patches were handed over to
customers. While fix for three vulnerabilities have already made it to recent
Android monthly security updates released by Google, one is still outstanding –
it’ll be be included in the September update.
How Do I Know If My Phone is Affected?
Go to playstore and download Quadrooter scanner app to
scan your device if you are running Qualcomm chipset.
For now no one has a device which is fully secured says
Check Point.
Source